One thing I really like about Bob Brinker is that for many years he has been highly critical of US Government spending. Brinker said this weekend that our government has been exploding under both parties.  Brinker used to say the government spent like "drunken sailors." I believe he stopped when someone on one of the forums I moderated pointed out this was an insult to drunk sailors since they ONLY spend all the money they have in their pockets when on liberty. The US, compared to drunk sailors on liberty, spend MORE than they have! 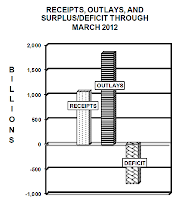 This weekend Brinker said the "Buffett Rule" proposed by President Obama is a populist measure aimed at winning votes during an election year.  He says it would have marginal value in balancing the budget because it doesn't raise much money compared to the huge deficit.  Brinker said he is not worried the wealthy will leave the country if the Buffett Rule passes.

Kirk's Comment: This doesn't surprise me.  Brinker can sound fairly liberal at times unless it means his own taxes will go up.  The point of the Buffett Rule is one of fairness.  Most of us pay Payroll Taxes which are not invested but spent just like Income Taxes.  The wealthy usually pay a much smaller percentage of total income to total federal taxes when you include the payroll tax in the equation.  What bugs me is I heard the president claim he was going to raise the taxes on himself with his new proposal, but he didn't make one Million so his taxes will stay the same under his rule.  My own taxes are far higher than his so I think he's still being unfair and is thus, full of hot air and not completely honest.

Read the full article: U.S. Borrows 53.7 Cents Of Every Dollar Spent In March

Brinker pointed out that the Obama Administration wants taxes to go up on singles making over $200,000 and couples making over $250,000 without raising taxes on those making less. A caller pointed out that Obama could go after these middle income people after they get higher taxes on the rich.  Bob said the House of Representatives would never pass this sort of tax increase and the Senate could not get sixty votes.

Kirk's Comment: The trouble I see it is they can't or won't work together so those who want higher taxes will get it by default in 2013.  I think this is a big reason the market has such a low PE while interest rates are also very low.

This weekend Lynn Jimenez was the guest hostess for "Moneytalk with host Bob Brinker."  It was pointed out in the comments section here that Lynn filled in for Bob Brinker on the second Sunday of each of the first three months so far in 2012.  Today made it four months in a row:
Bob Brinker's Market Outlook

If you wonder about Bob Brinker's views on the market, he has been fully invested since March 2003.  He recommends 100% of your investment portfolio in equities if you are in his model portfolio one or two for those with aggressive growth and long-term growth objectives, respectively.   His "balanced" model portfolio #3 for "capital preservation and modest growth" is currently about two thirds in equities and one third in fixed income.

While his model portfolios #1 and #2 are 100% in equities, Brinker currently recommends dollar cost averaging "new money" into the market.  Thus, if you are one of the three Super Lotto winners, Brinker would not advise you to lump sum your winnings into the stock market at this time.